For many, securing a senior front office job with a sports organization is the result of decades of hard work and the realization of a long-held dream. However, it’s not uncommon for the pressures of the job to prove a significant challenge to those who take on such roles without a clear game plan for managing the intense scrutiny and expectation.

When you really stop to think about it, the breadth of different responsibilities many organizations expect their leaders to juggle is astonishing. Not only are general managers tasked with delivering competitive success, they are also expected to develop a distinctive culture, generate departmental alignment, evaluate talent, and drive effective communication.

For those who are new to both the role and organizational leadership in general, the responsibility of those functional demands is often compounded by a simultaneous need to learn new interpersonal and communications skills on the fly. When you factor in the short average tenure of such roles and the glare of the media spotlight, the potential to be overwhelmed by the sheer scale of the job is significant.

Despite the pressure to deliver in an industry defined by intense competition, it’s important for new leaders to take a step back and give themselves time to think and learn during their first few weeks in the job.

“The number one pressure point, especially early, is managing one’s time,” says Wes Wilcox, former Atlanta Hawks GM and current NBA analyst for SiriusXM and NBA TV. “That can even be something as simple as how to respond to hundreds of congratulatory messages while trying to learn a new organization and organize key decision points. Therefore, it’s important to think about and intentionally prioritize key decisions and key functions, with the larger understanding that GMs learn to live in the uncomfortable incomplete.”

Focusing on the Fundamentals

That initial period in the role should be dedicated to assessing all aspects of the organization and building a genuine understanding of both what it is and what it could be. There are two key elements to that process. One is to get clarity – both in your own mind and from ownership – on the future of the organization and the freedoms you will be afforded to provoke that transformation. The other, now that you’re inside the team, is to evaluate the culture and build strong relationships at all levels.

Once you’ve gone through that process it should become easier to identify the areas where you can have the greatest impact in line with the expectations of the organization. From that platform you can start to build a vision in your own mind and mitigate some of the pressure of the role by bringing in the right people around you and establishing a clear roadmap of priorities tied to primary objectives.

“Preparing for the long-term within your first month is all about the fundamentals,” explains Wilcox. “As leaders of an organization, our fundamentals are vision, values, people and process, all of which lead to culture. You need to articulate your vision with clearly defined values that allow the franchise to establish criteria to retain and procure the fiber of the organization; it’s people.

“Only at this point, with the core people in place, can a GM establish and implement their core processes. All of this results in the foundation of building an organization’s culture, the synthesis of people, values and processes; who we are, what we believe in, and how we do things.”

Stepping into a senior leadership position in a sports team is never an easy thing to do and such roles are never completely free from stress or insecurity. However, by being prepared to spend time reflecting on your role and deeply understanding the health of the organization, new leaders can put themselves in a great position to make a smooth transition and quickly start to affect meaningful change. 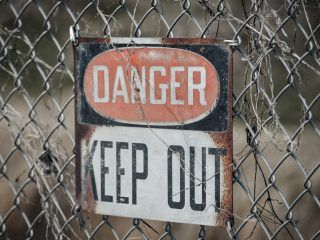 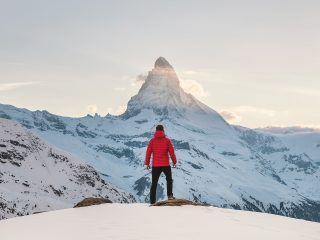