When Ralf Rangnick was announced as Manchester United’s interim manager his innovative coaching methods were invariably mentioned as being a large part of the reason for his appointment. But how and from where, did those ideas emerge, and how revolutionary were they?

Rangnick himself would probably give credit to three key influencers, Valerij Lobanovskyj, Arrigo Sacchi, and Helmut Gross. The interesting thing about them all is their reliance on their intellectual curiosity to engage with a sport that two of them, Sacchi and Gross, had never played at an elite level. The third influence was Anatolij Zelentsov without whom Lobanovskyj acknowledged he would never have understood some of the key mathematics behind the game.  Zelentsov was the Dean of the Dnipropetrovsk Institute of Physical Science, the earliest cybernetic institute in the USSR which had opened in 1957. As luck would have it, Lobanovskyj began his coaching career in 1968 at Dnipro Dnipropetrovsk and it was there that he first met Zelentsov.

Sacchi has always been depicted as a non-football man which is only partially true.  When he arrived at Milan, he was tagged by the sporting press as Signor Nessuno (Mr. Nobody).  He had, however, already made a certain name for himself as a coach at Parma when they were promoted from the Italian third division. Sacchi’s problem was that he had never played professionally although he had taken his coaching badges at Coverciano, the Italian FA’s technical center.

What he had also done was to meticulously study the game. He was a scholar of the game. Interestingly, through his studies, he appears to have developed a tactical philosophy from two unlikely bedfellows – Rinus Michels and Nereo Rocco – total football and catenaccio. The innovative combination of the two would be the secret of Sacchi’s success at Milan. It entailed zonal defending with zones vertically moveable according to the state of play. In that way the defense was entrusted with driving the team further up the pitch to compress the play, simultaneously enabling repossession deep in the opponent’s territory.

By the time Arrigo Sacchi arrived at A.C. Milan, the high pressing, fluid positional style of Maslov, Lobanovskyj and Michels had already been developed to a high level. Sacchi took those ideas to the next level which would reach their pinnacle in Milan’s victories in the European Cup in 1989 and 1990. He was rigid in his demands, especially when the team was out of possession. Stories are legend of Sacchi shadow playing and moving players by centimeters to achieve the relative positions his system needed in order to work. Think Antonio Conte.

pressing is not about running and it’s not about working hard, it’s about controlling space. Pressing was always collective, I wanted all eleven players in an active position, affecting and influencing the opposition when we did not have the ball.

This was precisely what Lobanovskyj and Zelentsov had explained in their article, The Methodological Basis of the Development of Training Models, from the 1960s.

You have to go forward in such a way and with such a range of attacking options that it will force the opponent to make a mistake. In other words, it’s necessary to force the opponent into the condition you want them to be in. One of the most important means of doing that is to vary the size of the playing area.

Simple but, once understood by the players, effective. The result of that understanding generated the concept that we would now call, pressing. Lobanovskyj broke his pressing into three types – a full press, a half-press, and what some have called a fake or false press.

In fig 1 these are notated as Squeezing, Counter-attacking, and a combination of the two. By never allowing the opposition to know which system you will employ it becomes more difficult for them to employ a system to respond effectively. It is reasonable to assume that the non-full press options enabled the players to rest. The modern versions of gegenpressing demand a much higher level of physical fitness than previous generations.

Interestingly, Rangnick had only learned of Lobanovskyi’s prowess by chance. In the early 1980s, Rangnick played against Dynamo Kyiv in a friendly. He described how Kyiv played a hybrid zonal marking and pressing system, similar to that which Sacchi partially emulated, that overwhelmed him as a defensive midfield player. He determined to learn more.

Rangnick’s ‘mentor’ Helmut Gross inhabits the same category of `football outsider’ as Sacchi and Zelentov and has been just as influential within German coaching. He was a good amateur player but never a top-level head coach, preferring to concentrate on developmental coaching with academy sides. He has influenced a generation of coaches that now hold key positions in clubs across Europe. These include Thomas Tuchel; Roger Schmidt who was with Rangnick at Red Bull Salzburg and then Bayer Leverkusen; Alexander Zorniger was also with Rangnick at RB Leipzig; and the German national coach, Joachim Löw.

Gross also understood the centrality of space, as promoted by Lobanovsky and Sacchi, and introduced ball-oriented spatial coverage, or ballorientierte Raumdeckung, into German football. He established the Stuttgart school, which he compared to the Ajax school. Thomas Tuchel explained the influence of the school when he said,

When Ralf Rangnick and Helmut Groß installed a new game system in Stuttgart at the end of the eighties and early 1990s, it was a model for the entire region. I was inspired.

Rangnick’s influencers were able to break through the ‘he’s never played’, ‘show me your medals’ traditionalist barriers to genuinely revolutionize the thinking about the game. He learned that thought leadership from outside the game, in collaboration with the domain experts from within the game, is the most effective methodology. Cognitive diversity rules OK!

Of course, that doesn’t mean that Manchester United will win anything, it’s just some thoughts.

Photo by Sandro Schuh on Unsplash

Previous Post (p) Research Paper: Bridging the Interpreter Gap – The Answer to the Big Data Dilemma or Where's C-3PO When You Need Him? 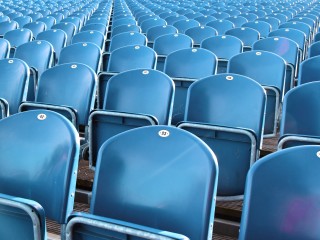