When the final penalty was scored in this season’s MLS Cup Final shoot-out, the curtain came down on one of the most predictably unpredictable events in world sports – the playoffs. This system, beloved in the United States sports industry, introduces an additional element of randomness into soccer, already the most random of sports.

Soccer is a difficult game to predict at the best of times. The size of the goal in soccer is the key to this unpredictability, this statistical randomness. As with the Greeks at the pass of Thermopylae and the Straits of Artemisium, it is easier to mass in front of a small opening to block entrance than to try to protect the whole length of a coastline or the width of an endzone or to protect a hoop from outside the three-point area.

The ease with which a soccer goal can be defended creates a low-scoring sport which exponentially increases the susceptibility to random events (a deflection, inaccurate refereeing decision). Therefore, luck plays a larger role than in most sports. In the big European leagues (English Premier, La Liga, Bundesliga, Serie A, Ligue1) some of the randomness is taken out of the equation by crowning the Champions as the team with the most points at the end of 34 or 38 game season – simple. Even then the small sample size (less than 40 games) often throws up anomalies such as Leicester winning the English Premier League (EPL).

In the MLS, however, when the regular season Champions are confirmed is precisely the point at which the real fun (post-season playoffs) starts – and predictions get even harder.

Knock-out competitions require a different set of skills and mindset to succeed. Prior to the start of this season’s play-offs, the bookies were pretty much unanimous in seeing New England Revs as strong favorites. They had home-field advantage; they only had to win three games (as regular-season winners get a bye into the conference semi-finals). During the regular season, they set a record 73 points earning them a 2022 CONCACAF Champions League slot and they came off a run of only two losses in their last 21 games. They had the golden boot winner in Adam Buksa and an experienced coach in Bruce Arena who had won the trophy more than any other coach (5), three of which have been in the last 10 years.

Against those stats was the fact that only two regular-season champions have won the Cup in the last ten seasons, one from each conference. This is not new, incidentally. There have only been eight regular-season champions who have gone on to win the Cup since the inception of the MLS. This is a surprise when considering that the champions have to play one less game and enjoy home-field advantage throughout the playoffs but it does reinforce the randomness of the competition.

The numbers all pointed strongly towards a New England versus either Seattle or Colorado final. In the West, both Seattle and Colorado scored pretty much evenly on the strongest performance indicators – points per game (ppg) goal difference and goal distribution. In knock-out competition goals against (GA) is also a good indicator because staying in the game and not conceding, then going through on penalties can succeed. Think Greece in the 2004 Euros (those Greeks know how to defend a small gap). Both Western Conference teams matched up evenly on that stat as well.

In the East, the only two obvious challengers to New England seem to be Nashville on the basis of holding the joint lowest regular-season GA (33). Philly might also feature on that basis with their GA of only 35. NYCFC also had an outsider’s chance. They led the league in xGD and the inconsistent, yet impressive performances of team leader Taty Castellanos could come good in one-off games and provide some upsets.  True to form Castellanos scored important goals and got sent off.

Qualitatively, Seattle had a deep squad with strong non-DP talent as well as high-performing DPs in Raul Ruidiaz and Joao Paulo, contributing 19 goals and 12 assists between them. Defensively they also allowed the smallest amount of open play xG per game of any team in their conference. They tend not to press high, preferring to sit in a low laterally mobile mid-block. An indifferent final part of the regular season and an over-reliance on Raul Ruidiaz might have counted against them.

The Rapids have had minimal DP involvement but have forged a strong team mentality and work ethic to win the regular season Championship. With the lowest wage bill in the MLS, they have managed to win that first-round bye by being very dangerous in attacking transition which has made them third in xG created against a recovering defense – an important skill in knock-out competition. That system may have taken them all the way.

The other low odds team in the Western conference that had to be considered as serious challengers was Sporting Kansas. They were second only to New England in DP productivity. If Pulido had returned fully fit, his presence added to the experience of Peter Vermes and MVP finalist Daniel Salloi could be a decisive factor. Pulido was pushed in only 50% fit, at best.

Other variables such as the number of minutes played by each team’s international players so close to the playoff games, the wage bills, the market value of the squads, the difference made by DPs and/or U22 players have not proved statistically significant.  For example, DPs did their job but not to the extent of changing the landscape. For example, during the playoffs, the impact of the DP was on par with their impact during the regular season. Goal production was up slightly from 14% of team total to 17% during the playoffs. Assists have stayed consistent at 11% of team totals.

Given that in soccer generally and in knock-out situations specifically, defensive performance is crucial, only two of the 67 DPs across the league were defenders with no goalkeepers. Even in regular-season competition, defenders and goalkeepers (eg Virgil van Dijk at Liverpool, Ederson at Manchester City) can be the game-changers. The average age of DPs was 27 years old with only 9 Young Designated Player contracts in the league.

The graph below shows the behavior of the odds of winning the Cup from the start of season.  Interestingly, NYCFC were the lowest odds of the four semifinalists but even they weren’t overall favorites at any time. 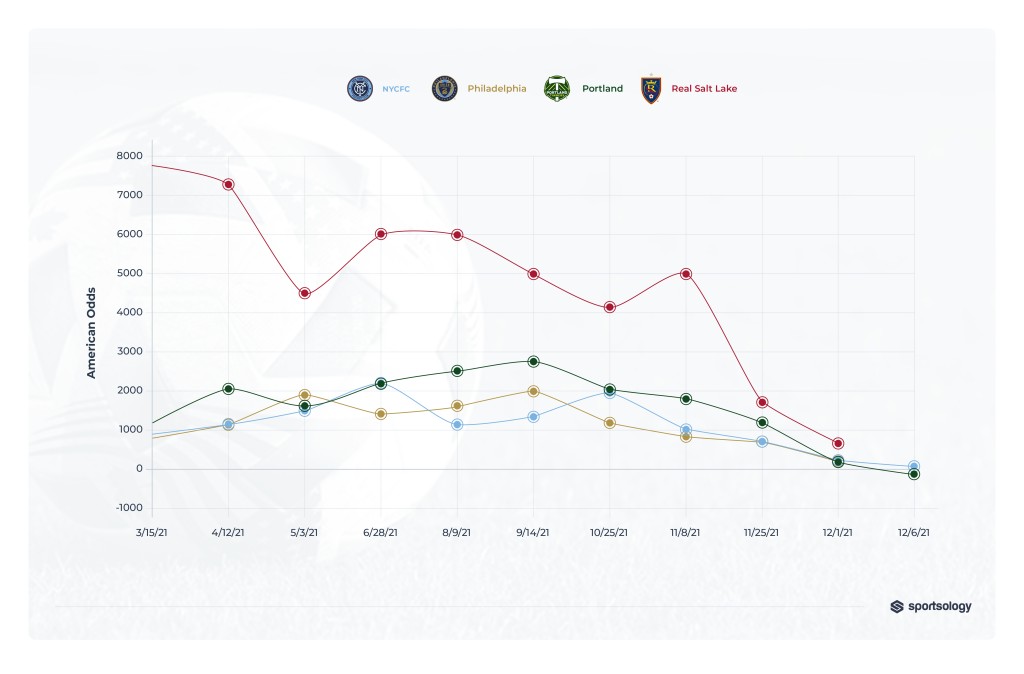 At the start of the playoffs, New England were still strong 3/1 favorites against NYCFC’s 12/1. NYCFC had to play Atlanta which they did, winning relatively comfortably 2-0. They then faced the Revs (rested and with home-field advantage) as underdogs. They probably edged the 2-2 game which went to penalties. At that point, the randomness goes off the scale. Who do you bet on then? Take your pick. Up steps Adam Buksa (Golden Boot winner) and misses. Everybody else scores. The favorites are out.

In the other half of the Eastern Conference draw Nashville face off with the Philadelphia Union and they also go to penalties at which point Nashville pull off a miracle. Incredibly they manage to miss all four of their penalties leaving the Union only needing to score two, which they did. The odds against missing four penalties in a row must be astronomical. The final miss was so bad that officials are still looking for the ball.

What lessons can be drawn from this season’s playoffs? The truth is there’s nothing new. The lessons are the same for any knockout soccer competition – defense is paramount, concentrate on set plays, try to avoid the necessity of penalty shoot-outs but take penalty practice seriously, just in case.

For punters, the lesson is – don’t bet on play-offs, it’s a crapshoot. Portland was supposed to go out against Colorado, but a last-minute set play led to mayhem in the six-yard area and the ball somehow ended up in the net – Colorado (Western Conference regular-season champs) out.

However, the more serious lesson for all clubs to learn is that play-offs are different beasts and need different skills and mindsets compared to the regular season approach. Clubs may need to have a play-off special teams coaching approach. Step up the play-off specialist coaches – and players. Oh, and be lucky.

Photo by Waldemar Brandt on Unsplash 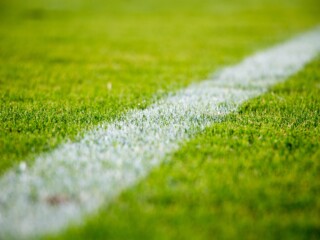